Your Complete Guide to Safe, Silky, Supportive Skincare During Pregnancy 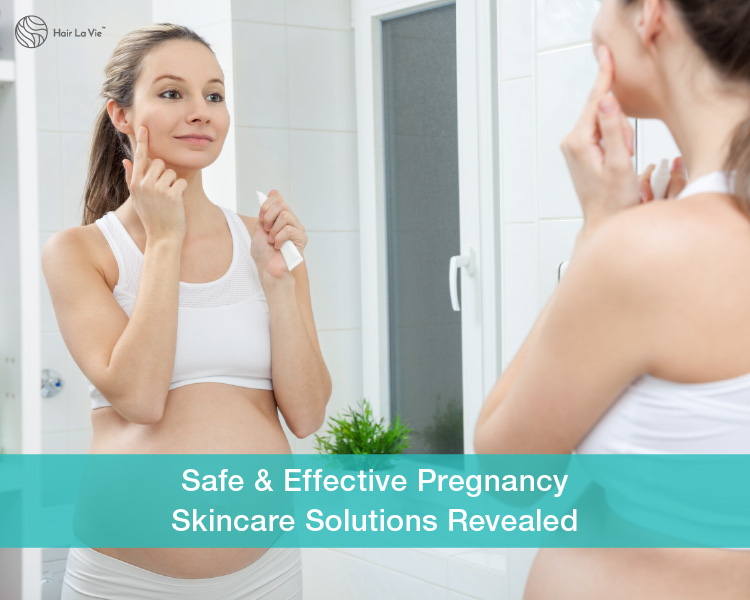 Your Complete Guide to Safe, Silky, Supportive Skincare During Pregnancy

Skin care is still important to pregnant women. In some ways, it's even more important, as the body develops and changes. However, developing a safe regimen is that much more important for women at any stage in their pregnancy.

Certain habits during pregnancy will promote skin health. There are certain tips and tricks that will help skin while still allowing women to prioritize the safety of the developing fetus.

Women's estrogen levels will fluctuate during pregnancy, and this will often cause women to experience pronounced acne breakouts, especially during their first trimesters.

However, treating pregnancy-induced acne can be very challenging. Most of the usual skincare remedies for acne are off-limits to pregnant women.

Pregnant women cannot use retinoids. Large quantities of vitamin A, including in the form of retinoids, could be risky for the developing fetus.

While topical retinoids and variations might not be as dangerous, oral retinoids certainly are.

Pregnant women will also need to avoid benzoyl peroxide, salicylic acid, and antibiotics when they try to address their issues with acne. 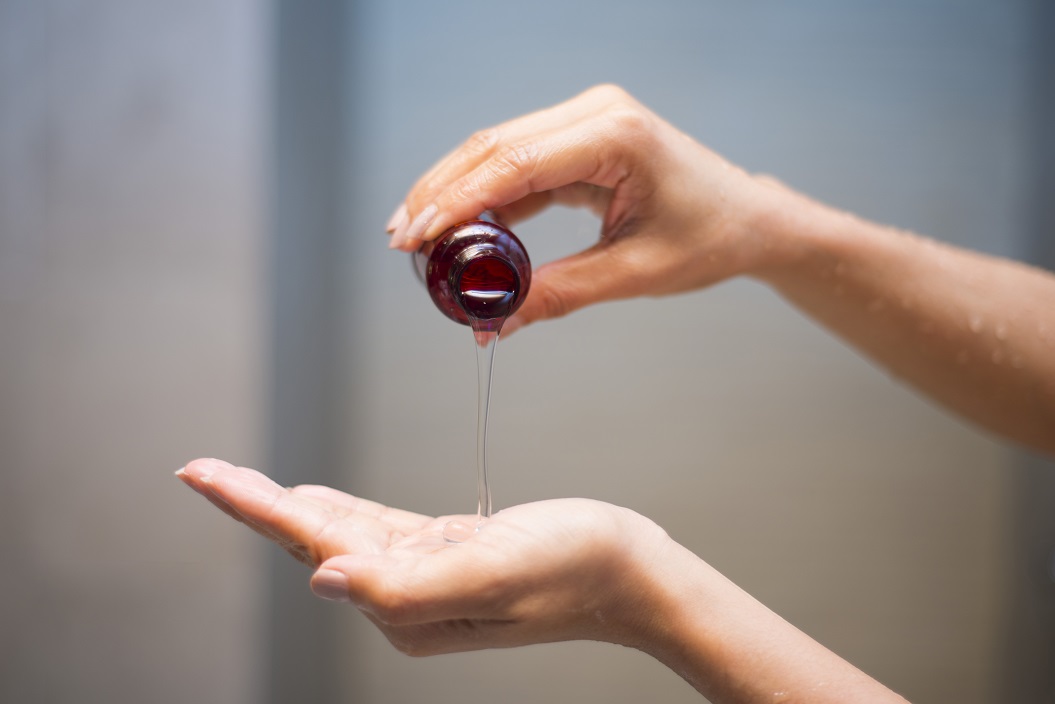 However, people who use these skincare products often enough might end up taking in enough beta hydroxy acid that it's better to avoid all products containing salicylic acid.

Stress management is an important part of the picture, as difficult as that can be for a lot of pregnant women. Stress won't usually cause acne breakouts, but it can certainly make acne breakouts worse.

While it's always tempting for acne sufferers to touch their faces, it's certainly something that they should avoid if they're trying to reduce their problems with acne.

Many women wear makeup, and they won't necessarily stop when they're pregnant. However, safety is sometimes an issue with cosmetic products, especially makeup.

Makeup that contains retinoids or salicylic acid will be a problem for pregnant women. Products that contain age-defying effects will often contain retinol or some variant of it.

Makeup that is intended for acne sufferers will often contain salicylic acid or something that is equally problematic for women to use during pregnancy.

There are still some cosmetic products on the market that will contain phthalates, BPA, and parabens. All of these chemicals are potentially harmful to the endocrine system.

This is particularly worrying for pregnant women. Some lotions and other moisturizers will contain parabens and phthalates in particular. 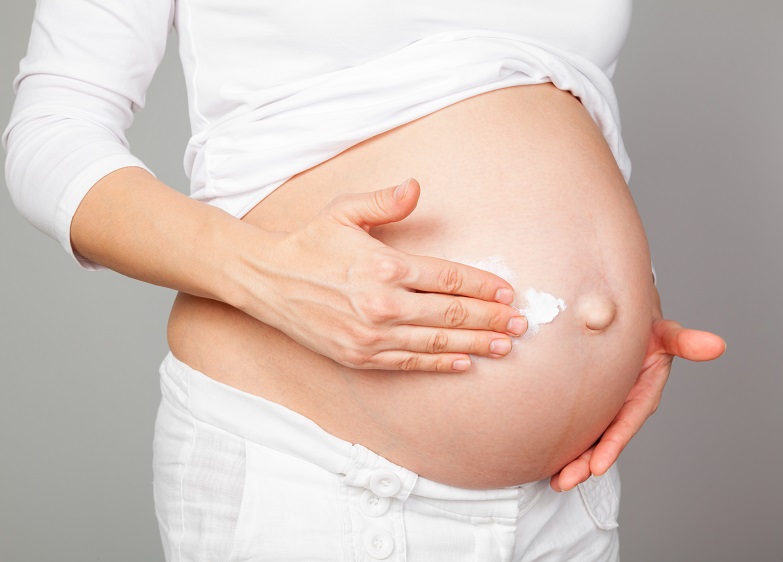 Checking all labels becomes normal for women at some point during pregnancy. This doesn't just mean looking at all of the labels on food.

Women put thousands of chemicals on their bodies on average just by going about their normal cosmetics routines. It's more important than ever to avoid doing this during pregnancy.

Pregnant women can avoid some of these issues by purchasing organic makeup only.

However, it is still important to read labels. Plenty of so-called organic makeup products are not genuinely organic if they lack the appropriate organic certification.

Stretch marks are even more infamous than acne when it comes to the skin issues that people will encounter as a result of pregnancy.

Some women will use shea butter and cocoa butter in order to reduce their chances of getting noticeable stretch marks with pregnancy.

Applying shea butter and cocoa butter to almost all areas that will probably expand with pregnancy can make a difference.

Stretch marks are caused by hormonal changes and not literally by the skin stretching, however, so topical treatments can only accomplish so much.

Pregnant women should still try to shield themselves from the sun. The health consequences of sun exposure don't go away for pregnant women.

Lots of pregnant women get melasma, and sun exposure only makes it worse.

Sunscreen with no scents and no parabens should generally be safe for pregnant women to use, and it can help them prevent melasma.

However, pregnant women should generally not be overly worried about the sunscreens that they use.

Most types of sunscreen are safe to use, since they're formulated for the whole family. There are few chemicals in sunscreen that are considered especially risky for pregnant women. 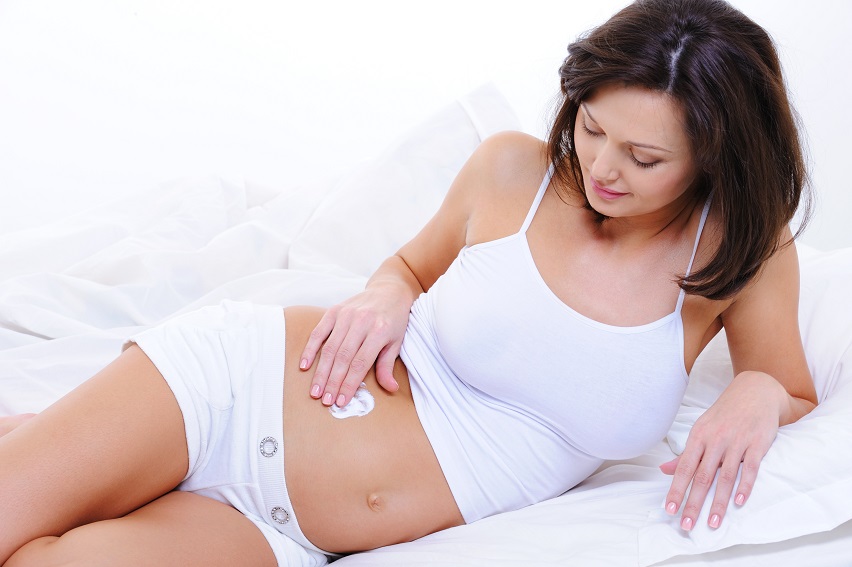 One of the benefits of trying to stick to a diet that is beneficial during pregnancy is that it tends to be good for skin health as well.

Women are told to eat more fruits and vegetables, lean protein, whole grains, and healthy dairy products during pregnancy. Sticking to a diet like this tends to be good for the skin.

Of course, women are all going to have to deal with certain cravings during pregnancy.

Women often feel the urge to eat a lot of stuff that's high in sugar and refined carbohydrates while they're pregnant.

Those kinds of indulgences can worsen breakouts and other skin problems during pregnancy. Pregnant women won't be able to address them the way they usually would, either.

While women can only do so much about their hormones during pregnancy, they can at least try to control what they eat, and this can help.

Women will often experience skin problems of some kind during pregnancy. There are things that they can do to lessen the impact of these issues.

However, it will often be difficult to ward them off altogether. There are some skin products that women cannot use during pregnancy.

However, pregnant women are used to making a lot of substantial changes to their lifestyles during pregnancy.

Choosing organic skincare products and trying to avoid certain food products will probably be minor compared to what pregnant women will often do during this particular nine-month period.

In the end, remaining mindful of your skin care during pregnancy has never been easier.