9 Fast Facts About Red Hair and Why It's So Fun 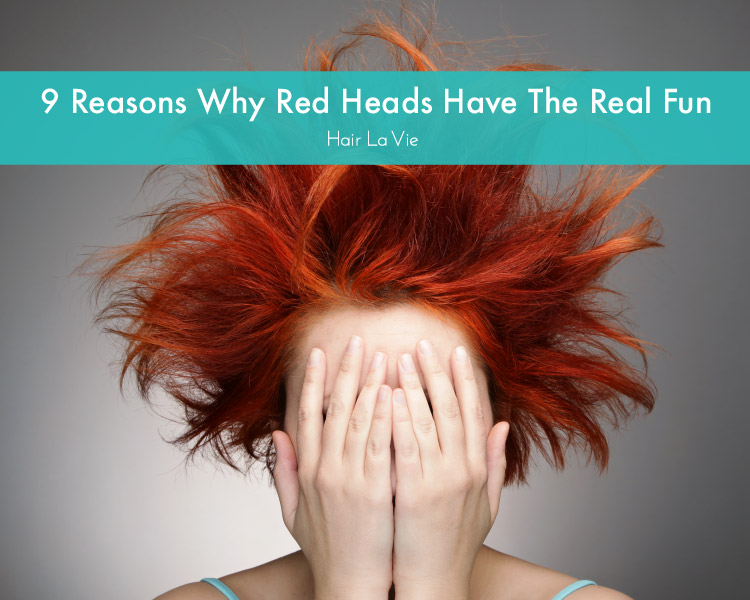 9 Fast Facts About Red Hair and Why It's So Fun

The saying goes that blondes have more fun, but considering how much redheads stand out in a crowd, that may not be entirely true. Red hair is both fascinating and extremely rare, so we
decided to learn a little more about these gorgeous ginger tresses.

The English Tudor line of kings and queens saw a great deal of redheads, including Queen Elizabeth I.1

No, we aren’t talking about wealth. Redheads currently comprise only two percent of the population. Their numbers were higher centuries ago, before globalization brought on varying dominant genes that made the recessive redhead trait even rarer.

3. They Have An Actual “Ginger Gene”

The recessive gene is called MC1R, and it’s technically considered a genetic mutation.2

MC1R releases a chemical called pheomelanin, which blocks the brain’s receptivity to pain. This basically means that redheads won’t be as likely to complain about stubbing their toes.

Red hair has a tumultuous past –– some cultures have revered it, others, not so much. Hitler’s Nazi regime, for example, decreed that red hair was demonic. They even banned marriage between two redheads to keep them from producing more “demonic” children.

Speaking of cultural beliefs, a famous Greek myth declared that all redheads turned into vampires after they died.

At least the redheaded men are: they’re 54% less likely to develop prostate cancer, according to the British Journal of Cancer.3

Though redheads are increasingly rare, their gene, MC1R, is actually pretty common. It’s present in about 40% of the population, but since it’s recessive, both parents need to have it for there to be a 25% chance of their child to be redheaded.

The vibrant pigment in red hair makes it more resistant to going grey. It usually fades much more slowly into a subdued, rosy blonde.

Having red hair has been both a blessing and a curse over the centuries, but we can’t deny how gorgeous it looks! Another interesting fact to end with: of all hair dye purchases, red hues account for 30%. Rosy tresses are clearly at the top of the list for many of us and will likely continue to be for years to come.