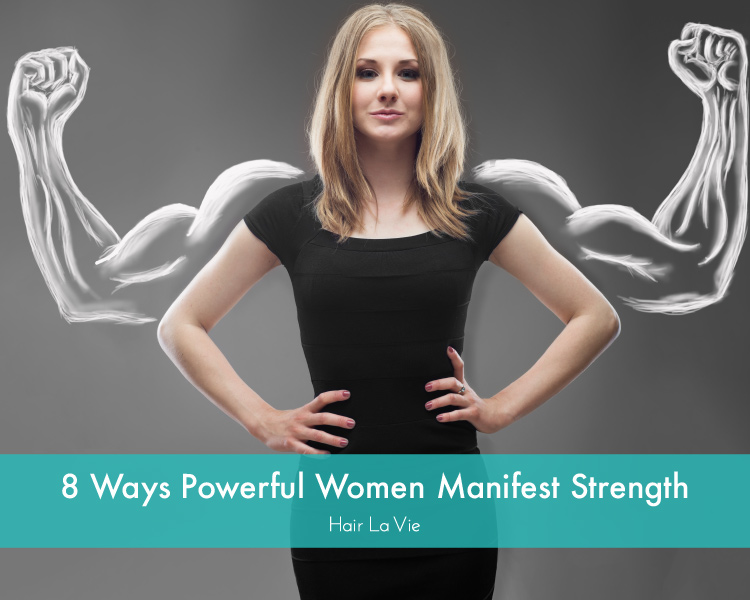 What do the following household names have in common — Amelia Earhart, Rosa Parks, and Malala Yousafzai? Describing these women as powerful, strong, brave, and revolutionary is just the tip of the iceberg when it comes to recognizing their achievements. But what exactly made them that way?

Amelia Earhart was the first female pilot to perform a solo flight across the Atlantic Ocean. That was a big deal at the time. When you think about it, it still is.

Rosa Parks refused to give in to the racist culture of the early-mid 1900s by refusing to move to the back of the bus. We all know the impact that action had on history.

These strong, charismatic, powerful women are all icons of human achievement, and a testament to their gender. But how exactly do these women tap into such greatness? What is their secret?

Truth is, there's no prerequisite of fame or grand gestures to be a powerful woman. Power is an internal characteristic, not an award from society. That's when women display noble characteristics of strength, leadership, integrity, and honor, we should revel in their achievements, and respect their legacies. 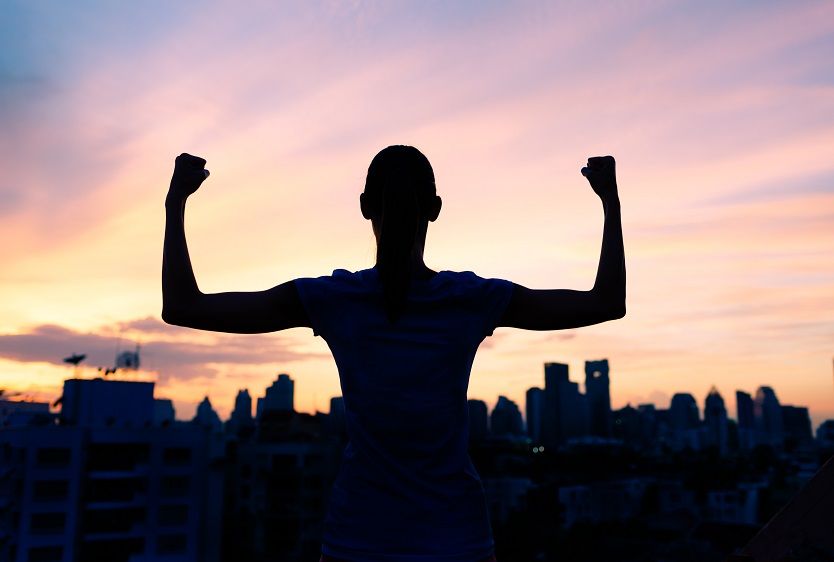 Here are just some characteristics (out of many) that powerful and strong women typically display:

1. They are comfortable with themselves and their pasts.

Running away is not something that powerful women do. Unfortunately, trauma is highly prevalent for women. Powerful women do not let their past overtake them. Healing from the past is a long road, and a strong woman knows this. She does not expect to heal overnight, yet she keeps trying to close her wounds and move forward. A strong woman will do what she can to help others without endangering their own safety. They use their experiences to teach others new truths or raise awareness for certain causes. They are smart, however, they know not to trust just anyone with the details of their traumas.

2. They don't let rejection ruin their spirit or their lives.

Fear of rejection is a natural part of life. Rejection is a painful experience for whoever suffers through it. Being rejected is a common human experience, although some people handle the pain much better than others. A strong woman knows that she needs to take the time to grieve, and incorporate loss into their framework for strength and success. A powerful woman refuses to let such things overwhelm her life. She still chases her goals, finds new opportunities, and learns from her experiences. When one door closes, another door opens, and strong, smart, capable women know that better than most.

3. They are honest but not overly trusting.

Lies and dishonesty are a part of life, and a strong woman has had her fair share of betrayals to know one or two things about trust. She knows that in her orchard, there will always be some bad apples. This doesn’t deter her and she will stay true to herself. She is honest about who she is but doesn’t
wear her secrets on her sleeve. This characteristic saves her wasted time, money, and heartbreak. Drama may consume her friends but she stays far away, and takes time to develop trust for others.

4. They possess incredible amounts of creativity.

Insanity is doing the same thing over and over again and expecting different results. A powerful woman is aware of this and when one way is not working, she is ready to move onto the next. Even when there is no other path clearly marked, she is ready to forge ahead. She has a bright streak of creativity that allows her to constantly brainstorm new and innovative ideas. Her imagination is nearly limitless and fuels her ambition, making her a beacon of hope and intuition for others who encounter her attitude.

Everyone has had a role model at one point or another that ended up changing their lives. Becoming a role model is something that powerful women appreciate and enjoy. These women help others unlock their potential and creativity through their guidance. Powerful women reflect upon their own role models and previous mentors to help guide them and channel that energy into their own great leadership skills.

6. They easily admit it when they are wrong.

Admitting to wrongdoing can be embarrassing and stressful for anyone. Strong women are not immune to these emotions, but they are able to cope with them and ask for help when it's needed. They’re not arrogant. When a strong woman needs help, she’s always comfortable enough to ask graciously and appreciate the assistance. Because women (and men) know that valuable help is a true opportunity.

7. They never try to bring down their peers (or other women).

Some people feel the need to drag others down instead of building them back up. This is not something that powerful women do. Instead of finding joy in beating others down, they find joy in bringing them up. She knows that her value is not dependent on anyone else and only dependent on herself. Strong women do not feed into the stereotype that women hate each other. Instead, when they notice their friends and peers struggling, they do their best to help. They fill in the gaps of other people instead of making them worse. They try to be a support and a shoulder others can lean on when they are in need.

8. They take great care of themselves, and of others.

Powerful women keep their minds, bodies, and emotions strong through self-care. Self-care is truly engaging in anything that will keep you healthy. Strong women know that they need to stay hydrated, eat well, and exercise. They also know that self-care does not stop with the physical body, as the mind needs to be cared for as well. They can control their emotions and know how to cope with mental health problems. It is important to note that having a mental illness does not make someone weak.

Attributes like these are only some examples of the characteristics that help define strong, powerful women. Every woman is strong in her own way. A woman who is in an abusive relationship may not feel strong, but making it through each day proves that she is. A woman who is disabled may not feel strong if she is physically weak. However, physical strength is not the same as being a strong woman.

She is strong for making her life work with her disability. A woman who is an addict may feel weak for giving into her addiction when she is strong for trying to resist it. Every woman is powerful and strong in her own way. The only thing strength is dependent on is her. Even if she does not see her strength, it does not mean it is not there. Powerful women have characteristics far beyond the eight listed here.