How women have fought for hair freedom in their workplace 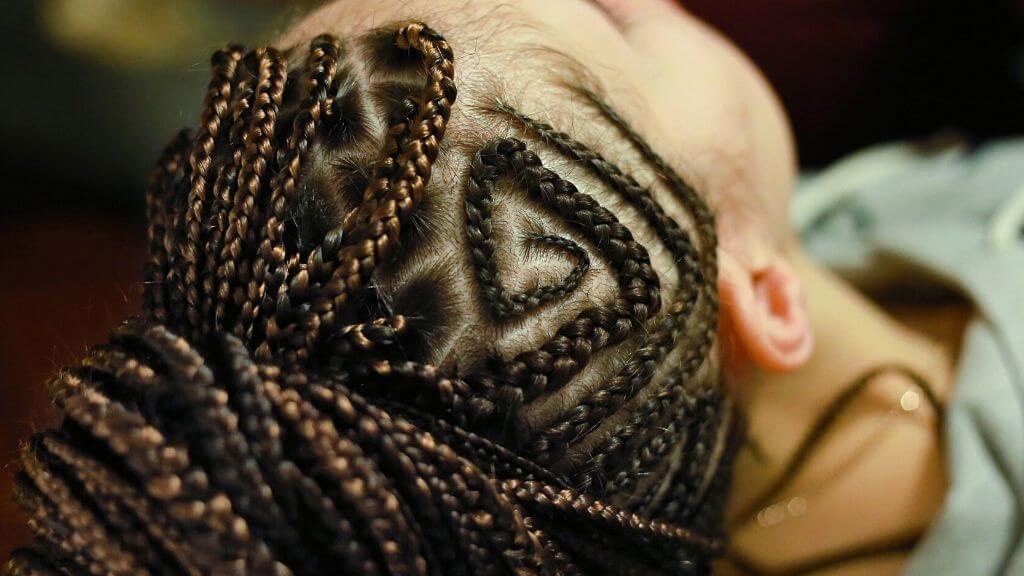 How women have fought for hair freedom in their workplace

As the United States is waking up to subtle (and not so subtle) social injustices, hair is getting more attention. If you have natural hair, you most likely have experienced discrimination based on or centered around your hair.

Bullies or looks from strangers but also about discrimination in the workplace and classroom. These are two places where society needs to be extra vigilant about not treating people differently based on the hair they were born with.

On July 3rd of 2019, The CROWN Act, which stands for Create a Respectful and Open World for Natural Hair, was signed in California. The purpose was to make it illegal to discriminate against someone based on their hairstyle or texture. By the first anniversary of this Act, only four states have banned hair discrimination; California, New York, New Jersey, and Virginia.

The history of hair discrimination in the United States

African Americans have faced hair discrimination since the transatlantic slave trade. Many had their heads shaved against their will, which was incredibly dehumanizing because hair was a central expression of key attributes of their lives, from their regional cultural affiliation to marital status.

While part of traditional attire throughout Africa, headwraps became an important part of the African American wardrobe, initially as protection from the sun but later as a replacement for the hair that was lost and as a way to express themselves. The Tignon Laws of the 1700s played a significant role in the continued discrimination of people of African descent, and in their resilience and resourcefulness. While legally forced to wear their hair in scarves in public, Black women began to treat the headwrap as hair. They expressed themselves by adorning the wraps with elaborate jewels, beads, expensive fabrics, and more. 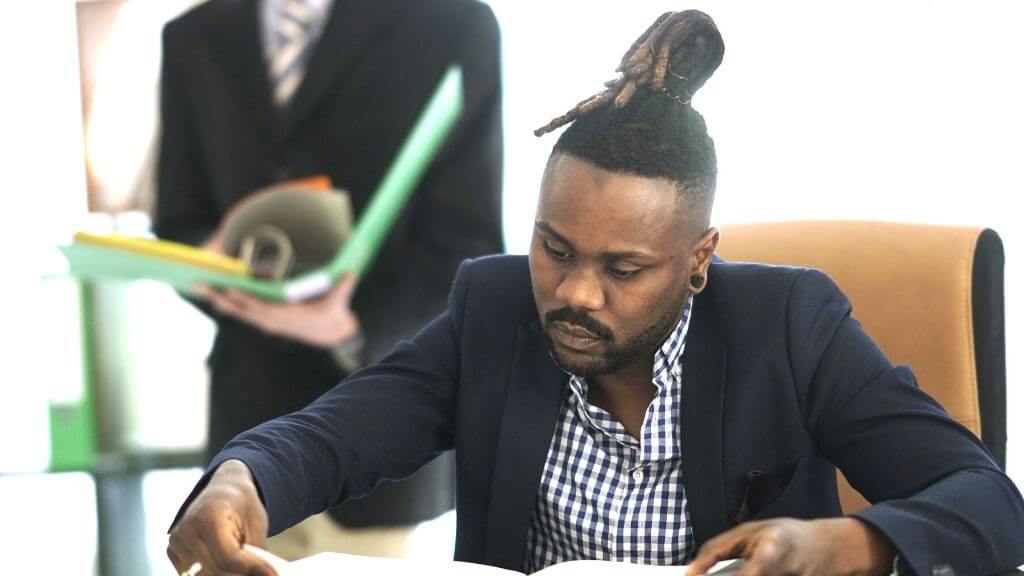 The CROWN Act was inspired by Chastity Jones, who was offered a customer service job in a call center in Mobile, Alabama, in 2010. Jones wore her hair in short, natural locs at the interview and was told that her hair violated the company’s grooming policies, and she’d have to change it. When she refused, the job offer was rescinded.

The U.S. Equal Employment Opportunity Commission (EEOC) filed a lawsuit on behalf of Jones in 2013, citing that the company violated Title VII of the Civil Rights Act of 1964. They lost that case, and in 2018 the NAACP Legal Defense and Educational Fund petitioned the Supreme Court of the United States to review the case. The court declined.

In 2019 The CROWN Act set out to formally prevent discrimination against natural hair, no matter what the style, but it should be noted that dreadlocks or locs of any type seem to be most commonly targeted.

The specific adoption of The CROWN Act by four states, and the proposed consideration of it or similar laws by many other states, is a good sign but it’s not enough. Discrimination is not acceptable in any form. And further work must be done to ensure all people have the right to express themselves through their hair.

Loving yourself and your hair

As an adopted policy or not, everyone still has the freedom to love and live with their hair. You can take steps to embrace the hair you were born with and love the natural you.

♦ Embrace your hair. Everyone hates their hair at some point, and they also wish they had hair like someone else’s. It’s a natural feeling, and it’s okay. But learning to love your hair is an even better path to take. You can admire someone else’s hair, just realize that someone else is admiring the hair you were naturally given. Learn to love its uniqueness and how it’s an integral part of who you are.

♦ Go natural. Take a hair vacation and leave it alone. See what your hair naturally wants to do and let it do it. You might find it has more personality than you ever imagined, which can be a powerful thing.

♦ Focus on hair health. Take a hard look at everything you do to your hair, from products to tools. Are you causing damage that makes your hair less luxurious than it should be? Turn your attention away from trends and styles and toward health, and you may see that your natural hair rewards you with gorgeous results.

♦ Play with natural styles. Once your hair has resumed its original glory with health and the freedom to move and grow as it was designed to, you can start playing with style. Natural hair is incredibly versatile and can be done in so many different styles that won’t damage, use chemicals, or alter the nature of your hair. Try your hand at braids, twists, locs, braid and twist outs, flat braids and twists, updos, buns, Bantu knots, and accessorizing.

♦ Be a hair advocate. Natural hair has been misunderstood for a long time, and it’s often a source of misconceptions and confusion. If you’re asked a question about your hair, try to answer the question to help clarify that confusion. Maybe you’re the key to helping them understand and appreciate your hair. Understanding is the key to acceptance. 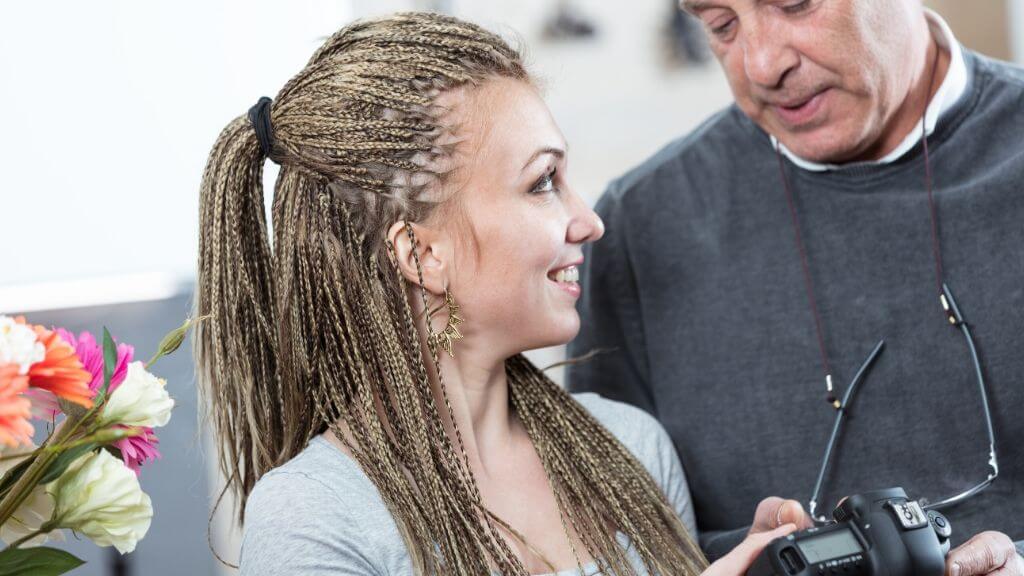 Hair freedom doesn’t just mean giving your hair free rein to do what it wants; it’s so much bigger than that. True hair freedom means the ability to express yourself through your hair and being accepted, whether at home, at school, at work, or anywhere. It’s not just about style; it’s about cultural traditions and embracing your true self.

The tides are changing, albeit slowly, but The CROWN Act is helping open eyes to discrimination that was previously rampant in society. As more states move to fight racism and support the rights of everyone, acceptance and beauty start winning again. Stand strong by giving your hair its freedom and embracing its natural glory.